Recently there were suggestions that Google researchers are currently working on a new ranking system that would rank pages according to facts accuracy, not popularity. It is still rather a future outlook, though sooner or later this could be a common trait of page ranking.

Research paper published by Google researchers describes so called “Knowledge-Based-Trust” that should assess the website quality. It suggests that Google should evaluate quality based on factual information correctness rather than backlinks structure etc. Thus it should prefer endogenous factors to exogenous ones.

Facts on the websites will be subject of comparison with Google knowledge base which is being updated for years. More accurate facts should equal ranking reward. Trustworthiness will be the key to success. Nevertheless, most of the websites are not facts oriented and it is important to bear in mind that this system is not meant to be the new ultimate ranking factor, it should rather be seen as an additional element working alongside those standard ones such as PageRank etc. 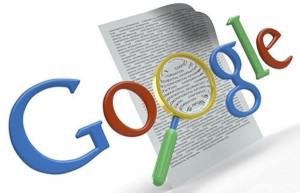 Clients' testimonials
„When it comes to pursuing of our marketing strategy we have decided to implement SEO and PPC. Based on positive references we opted for PartnerCIS as a provider of these services. Already within a first month of our cooperation we recorded positive results which are being performed up to these days as well. For these reasons we can highly recommend PartnerCIS to those who are looking for professional, effective and quickly responding specialist in the field of internet marketing support.”
Alexandr Jernek, M.Sc.
Product manager
kešner a.s.
“We have been cooperating with Partnercis for more than a year and main positives we see in personal, professional and pro-active approach. When it comes to performance indicators we are experiencing continual increase in conversion rate or average session duration. Besides that our rankings for selected keywords in terms of SEO are continually being strengthened on German and Russian market.”
Ing. JAKUB VANĚK, Ph.D.
Marketing Manager
ISOTRA a.s.
Internet news